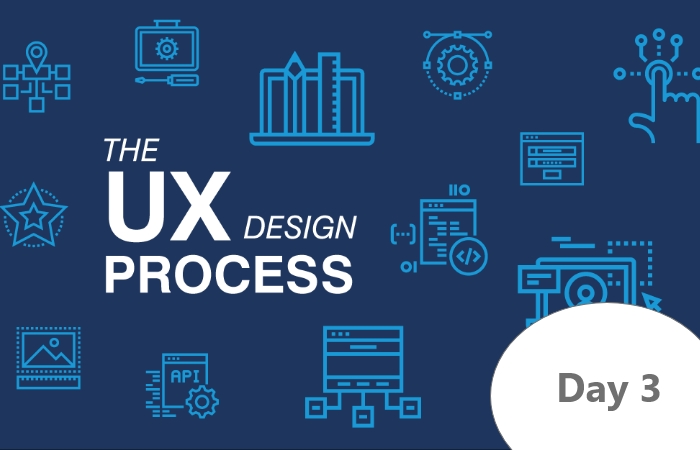 Welcome to Lesson 3 of your Discover UX design short course! By now, you should have a much better idea of what UX design is and what it entails. Now let's take a closer look at what you can expect from a career in the UX design industry.

Launching a career in a new field can be daunting. It takes a lot of guts to make the leap, and most won’t consider it without plenty of research. That’s why today we’ll be covering some information that’ll help you feel more confident in pursuing that coveted career in UX design, from how much you’re likely to be paid as an entry-level UX designer to the growing demand for UX designers across the board.

As is often the case when it comes to salaries, there isn’t a great deal of transparency or consistency—even for a profession like UX design. It’s usually better to go with a range, which is why we’ve consolidated some numbers from a few different online surveys below.

Similarly, as a junior UX designer in the UK, you can expect to already be surpassing the national average salary, which was around £29,000 at the end of 2017 [Source].

For a more comprehensive study on global salary ranges for UX design roles, check out the UX designer Salaries Global Survey. Unfortunately, it hasn’t been updated since 2015, but it should still give you a good indication of what the starting salaries are for UX roles in your desired location.

For specific and up-to-date information on salary ranges in your area, you can also head to Payscale or Glassdoor. At the time of this writing, a simple search for UX designer salaries in London on Glassdoor reveals that the average expected salary is around £40,000.

That’s quite the impressive earning potential! But what about the demand? Even the most high-paying job won’t mean much if there’s no demand. Let’s see how it fares for UX designers.

Yesterday, you met Ally, a UX designer based in Cambridge, Massachusetts. Ally wasn’t always a designer; for five years, she worked as a landscape architect. During this time, she discovered a passion not just for design, but also for the people she was designing for—and these two factors are what motivated her to pursue a career as a UX designer.

Ally signed up for CareerFoundry’s UX program, during which time she created a jaw-dropping portfolio. Within a few months of graduating, Ally landed her first job as a UX designer at a major tech company and saw a 50% salary increase.

As more and more companies begin to recognize just how important great design is to the success of their site, app, service or product, the demand for skilled UX designers will only increase.

If a user has a great experience with a product, they’re more likely to use it to complete their tasks. A great user experience keeps them coming back, and even turns the user into a brand ambassador, recommending it to their friends and family. This is especially important in today's market, where customer reviews and testimonials are extremely powerful.

“88% of online consumers are less likely to return to a site after a bad experience.”

This quote was taken from CareerFoundry’s 2017 whitepaper on the ROI of UX design. Check it out here.

As users become more sophisticated in evaluating their experience with a product, companies must rise to meet and exceed that expectation. UX-driven companies have an immediate competitive advantage, and will continue to spearhead industry trends.

This realization has resulted in more and more companies integrating user experience into their overall business strategy, hiring skilled UX designers to help them improve the UX of their products. Emsi’s job posting analytics (based on data from tens of thousands of job sites) show that there were, on average, 4,200 UX jobs posted per month in 2016. CBS news even claimed that being a UX designer was one of the top 11 jobs to have in America in 2017.

Hopefully this email has been eye-opening for you, or at the very least, an additional fan for the career-changing fire burning bright in your belly. Why not spend some time researching for yourself? Take a look at starting salaries and demand for UX designers in your desired area. Head over to Payscale or Glassdoor, look up some local UX salaries, then compare them to your current earnings.

Prepare to be pleasantly surprised (unless you’re already an astronaut or a rockstar... ).